The full name of PDP is PlasmaDisplayPanel, which is translated into Chinese as "plasma display". It is a display device that emits light by ionization discharge using an inert gas. Like the LCD LCD TV, the PDP is also a matrix mode display device. The panel is composed of a plurality of regularly arranged pixel units, and each pixel unit corresponds to a plasma tube sealed chamber filled with a mixed gas of krypton and xenon as a light-emitting element. When a high voltage is applied between the plasma tube electrodes, the gas in the chamber will undergo a plasma discharge phenomenon and generate ultraviolet light, thereby exciting the red, green, and blue (RGB) three primary color phosphors coated on the inner surface of the front panel to emit corresponding colors. The visible light of the color. A combination of different shades and color variations of these pixels produces images of various shades and colors. Similar to the illumination form of a CRT picture tube, the PDP is an active type of light-emitting display device.

The unique lighting principle and excellent structure have many advantages, and the plasma TV is the most ideal large-screen display device. 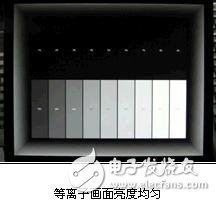 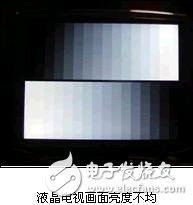 The contrast ratio of the new generation of PDP plasma TVs is generally above 3000:1 - 5000:1, which can show a richer and more subtle picture level. 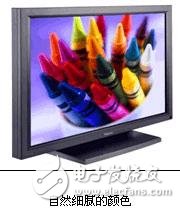 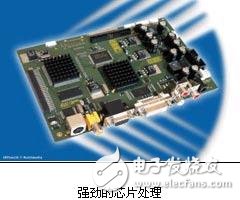 The PDP plasma TV belongs to the glow discharge display, and the response time is extremely short. At the microsecond (Î¼s) level, there is no problem of dynamic picture smearing at all. 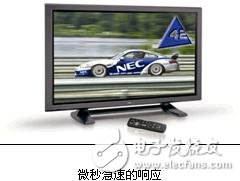 Broad and free angle of view

The plasma display technology belonging to self-illumination does not have a problem of narrow viewing angle of the screen, and the viewing position is arbitrary.

The lifetime of the new generation of PDP plasma TVs has generally reached more than 60,000 hours, and the brightness attenuation is small.

Experience the immersive game with a large flat-panel TV and Xbox360. The screen response speed of the LCD TV in milliseconds (ms) will inevitably leave a trailing picture, which will confuse the various fast-changing pictures in the motion and action games with the residual image of the screen, resulting in reduced clarity of the moving image. , affecting the game effect. Therefore, in addition to having a higher specification of physical resolution, dynamic resolution is also essential. The screen response speed of PDP plasma TV is in the microsecond (Î¼s) level. There is no problem that the screen response speed is slow, and there is no screen smear. It can let you enjoy the fun of big screen games, so it is matched with The ideal display terminal for a new generation of HD game consoles. 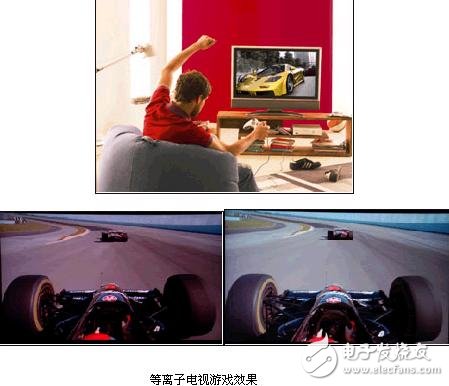 Enjoy the large screen theater, the color and contrast performance of the playback device are the two main factors affecting the quality of the image. At present, the mainstream LCD panel technology is still limited to the bit width of 8bit, and only 16.77 million colors after quantization. The grayscale mainstream products of PDP plasma TVs have already reached 11bit and 12bit, and the quantized color number is as high as 8.6 billion colors and 68.6 billion colors. Therefore, in color display, LCD TVs are far less colorful than plasma TVs, and color performance is not as good as PDP natural and fidelity. In addition, many home theater high-end disc players are also using high-performance 12-bit video processor, so it is more suitable with plasma TV.

In terms of contrast, the contrast ratio that LCD TVs can achieve is usually only 500:1-800:1 (different from dynamic contrast), which is far from the contrast ratio of 3000:1 to 5000:1 for plasma TVs. Contrast performance is the biggest influence on watching movies. Especially when there are many scenes with dark colors, due to the physical structure of LCD TVs, 100% of the backlight light can never be blocked, and some of the light will be worn. The liquid crystal panel leaks out (commonly known as light leakage), so when you watch it in a dark environment, you will find that the black surface is not black enough, there will be a little whitening, and the darkness, detail, and detail of the dark part, the sewer, etc. Feeling strenuous. And the brightness and contrast of the LCD TV is also a contradiction. The higher the brightness is adjusted, the more obvious the light leakage phenomenon under the black screen is. The absolute black is difficult to achieve. In contrast, plasma TVs that are self-illuminating do not have this problem and can behave more purely black. 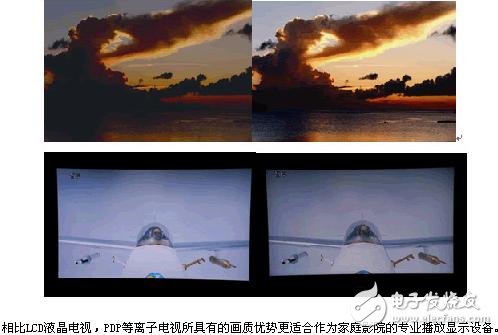 Family gatherings, friends sitting around watching sports events, experiencing the passion of sports, a large flat-panel TV with a large viewing angle is naturally the protagonist. Although after several years of development, the viewing angle of LCD TVs has reached 176Â° or even 178Â°, due to the limitations of the physical structure of the liquid crystal technology and light leakage, the image will still appear as the viewing angle increases. The phenomenon of shifting and distortion, the picture effect is obviously not as good as the front. Plasma TVs are self-illuminating and do not have a polarizing filter installed, so there is no significant change in image performance when viewed from the side.