In the United States, the "Double 11" was just over on Black Friday. Many diners who eat soil are estimated to have the courage to take another shot. VR companies came to join in the fun, HTC Vive cut $ 100 to engage in promotions, Oculus joint PC manufacturers to push VR-ready machines and head bundled $ 1,000 package, the final promotion of the number of sets is really bad estimates. Sales volume has been taboo for several VR companies, HTC said that his head must have sold 140,000; Oculus can not say how much they sold; Sony PSVR to maintain the king actually, not to mention how many sets of sold, afraid of Pull two competitors to hematuria. 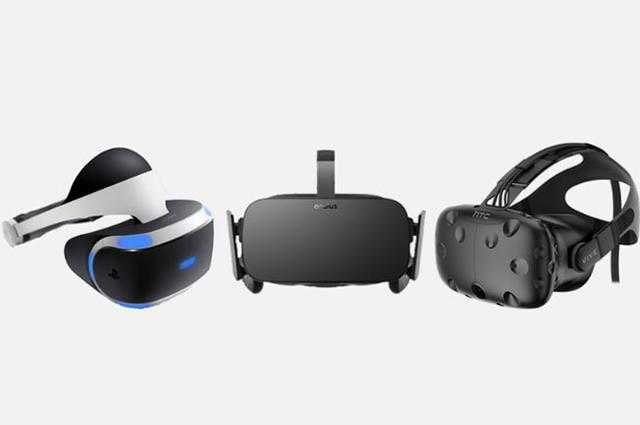 Regardless of how many sets of titles are sold, the most important thing is whether the users are satisfied. Recently, the American science and technology media TheVerge launched a survey poll, the title is very simple, is to let users who have purchased high-end VR head display to evaluate, feel that they buy things worth the price back. The results are still quite alarming. Voting started on November 25, North America, and as of November 27, Beijing time, there were 1,653 users voted, among which 743 people thought that â€œI love I Love Itâ€ accounted for a total of 743 people. 45% of the total number of people; 525 users think that "It's ok, I guess" is 525, accounting for 32% of the total number; 385 users think that VR headcount is less than expected (Ecpect More). twenty three%.

The result is not surprising. For these three high-end VR head-mounted products, they are less than 50% satisfied. Since The Verge only had a simple vote and did not and did ask the user to provide a vote, it was impossible to analyze where the user's "pain points" were. However, we can speculate from some known information that high-end VR headline performance has failed to meet user expectations.

When Oculus Rift announced the price of more than 5,000 yuan at the beginning of the year, Xiao Bian once wrote down the blog post as its applause. The big heads removed Sony's PSVR, O's and HTC Vive's prices are all over 600 US dollars, plus at least 700 US dollars high-end PC - VR consumer-class equipment pricing will first exclude the average consumer. The willingness to afford such a high price is only to experience VR. In addition to the early VR fans, the biggest audience is the hardcore gamer. Compared to the average consumer, these players are more receptive to the new technology of VR and are also relatively tolerant and understand the limitations of VR.

If O and HTC dare to reduce the head price to $399, it is believed that the â€œunsatisfactoryâ€ user index in the survey has definitely risen exponentially.

The lack of content has always been one of the main reasons why people are not optimistic about VR. However, compared to a year ago, there are now at least 200 VR games and related applications on several major VR platforms. Up to now, the VR exclusive game on the game platform Steam has reached 650, and there are nearly 200 games that support VR mode, and the quality has been improved. However, most of these games are still Demo-type games, and they are mixed, and really good VR content is still scarce. When a user spent more than 10,000 yuan to complete the equipment, but found that the game on the VR platform to play almost the same time, how can we not allow it to give VR head display "bad review." 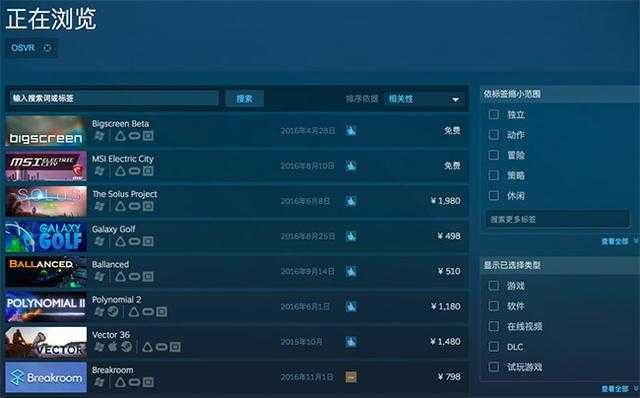 In addition, in terms of pricing, most high-quality VR content is currently priced at more than 30 US dollars, much more expensive than the traditional game makers' 3A-class games, but the former still has the game time and quality and the latter ratio. Gap, which is why many VR users will Tucao current VR game pricing is too high. There is no way to blame VR game developers. If the current audience base is not enough, to maintain the team's survival, we must earn enough profits at a high price.

Online: It's not a good game to play with friends

Previously, there were VR enthusiast blog posts that described the VR users: Invite friends to experience VR. After a good friend experience, it was very interesting, but then we immediately said that we quickly open the Xbox to use Halo. It is online games that allow Internet cafes to open all over the country, and games that can really attract users must also be able to play online with good friends. Unfortunately, most of the current VR games and experiences are still stand-alone. Even some games that can be played on-line, due to the current number of VR users is not enough, often waiting for half a day and can not get together a Team's situation.

Imagine â€œCounter Strikeâ€ or â€œWarcraftâ€ that can only be played in stand-alone mode. What is the feeling? The user estimates that he will throw a helmet when he hits two, and directly goes to Blizzardâ€™s dad and good friend to â€œwatch the Vanguardâ€. .

Say 2016 is the first year of VR. The three VR vendors have also launched their own consumer-level VR head-display products. It is recalled that the survey agency's forecast is that the first shipment volume this year should reach about 3 million, of which Sony's PSVR accounted for the bulk of the However, judging from the current situation, even considering the Black Five and Christmas seasons, it is difficult for the three major manufacturers to achieve this goal.

Maybe, we just pushed the concept of VR too quickly, and it took time for people to accept new things.

Handheld vacuum cleaner: this usb vacuum cleaner is with small body and high efficiency, it is very easy for using and for storage in a small space. The vacuum cleaner not only can be used for cleaning cars, computers, keyboard, printer, office, pet food, but also can be used for cleaning other small household appliances. More important, with the beautiful design, this mini Rechargeable Vacuum Cleaner will be good scenery in the house. Choose it and you will like it.

Easy to use: this mini vacuum cleaners` filter can be washed by water. Just open the dust pot and take it out, then wash it clean and use it again after it dry.