New faces such as LeTV, Konka, Changhong, etc. have all faced challenges from LG, Samsung and other TV giants. With the promotion of these companies, 4K TVs have gradually come into view. For a time, 4K TVs have mushroomed and become a trending product. However, despite the prosperity of the product, there is a lack of such an uncoverable fact.

At present, the resolution of mainstream mainstream SDTV programs is still 480p, HD is 720p, even ultra-streaming media standards are only 1080p, 2k are not much, not to mention 4K. However, the good news is that at present, some domestic Internet companies are focusing on the development of 4K video, such as LeTV, HW, etc. The future is worth looking forward to, and Ultra Blu-ray Disc is also being developed on the road. 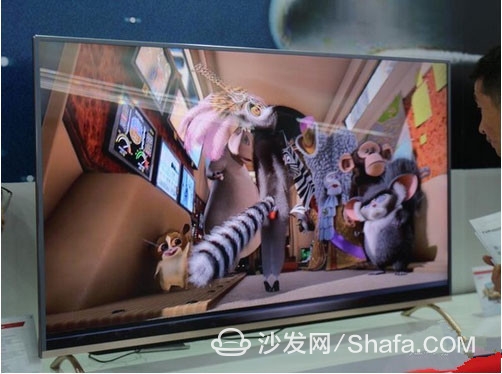 In addition to the above content requiring the efforts of content manufacturers, the 4K experience also requires the efforts of the media. The first thing to get 4K content is to transmit 4K signal via satellite or through a limited TV set-top box. The second is the TV box, which has been hot in recent years. As a multimedia expansion product for home TVs, it has become a necessary television peripheral for many people.

4K video has a higher resolution and can reach 3840x2160, which has a four-fold increase in resolution compared to the traditional 1080P 1920x1080. The demand for transmission is higher, that is, the need for faster network speeds. Resolving 4K video requires a higher minimum bandwidth than the average HD and full HD video, that is, a higher standard for smooth and clear playback. The optimal frame rate for viewing 4K set by the ITU ITU is 120 Hz, and the minimum color coding is 10-bit, otherwise, it cannot be regarded as a true 4K. But in reality this is an advanced 4K. At this stage, it is still in the entry level 4K, which is 30HZ frame rate, 8bit color depth, and the minimum access bandwidth requirement is about 25Mbps.

Therefore, it is not unreasonable for some foreign telecom operators to recommend that the bandwidth of users watching 4K media be at least 25 Mbps. Although many domestic users have already used 100Mbps optical fiber network, but do not ignore the complexity of the network, and about 12% of the loss, while the family is obviously not just a network device, so do not watch the 4K streaming media still Difficulties.

Specific analysis of the domestic network environment, in order to rank the first in the country's network available download rate in Shanghai (Broadband Alliance 2015 data), the current Shanghai telecom operators have launched several speed-up policies. According to Shanghai Telecom, 800,000 home users currently use a hundred megabytes of broadband, and the average internet bandwidth of home users in the city has reached 50 megabits.

However, when home users deal with the so-called â€œ100Mb broadband,â€ they must also ask whether 100M is a home bandwidth. The so-called 100M broadband access means that the bandwidth to enter the home should reach 100M. It is understood that With Shanghai Telecom and other Tier 1 carriers, the so-called 100Mbps bandwidth of other small operators is not the home bandwidth, some are in the residential area, and some are on the corridor. Therefore, when you see the "100M Broadband" publicity, be sure to ask, this 100M is not the bandwidth of the home.

In order to get a true 4K experience, four terminals, transmissions, platforms, and content are all indispensable. On the platform, the Internet already has a number of video sites that begin to provide 4K signal sources, and more and more content with 4K HD quality. In addition, on the transmission, we need a stable transmission environment, and 100M fiber is a good choice. , And Shanghai Telecom broadband is the best in speed and stability, the final terminal, the emerging Internet TV brands and old TV manufacturers at home and abroad have a good reputation for giving us a lot of choices. With the development of terminals, transmissions, platforms, and content, the 4K TVs equipped with 100M fiber are bound to be the best choices in a good life.

As technology continues to advance, the security industry continues to expand. Specialized services such as alarm operation, intermediary, and information began to take off; the product range has been continuously enriched, and it has developed into dozens of categories, such as video surveillance, entrance and exit control, intrusion alarm, explosion-proof security, and thousands of varieties; closed-circuit monitoring is developing rapidly.