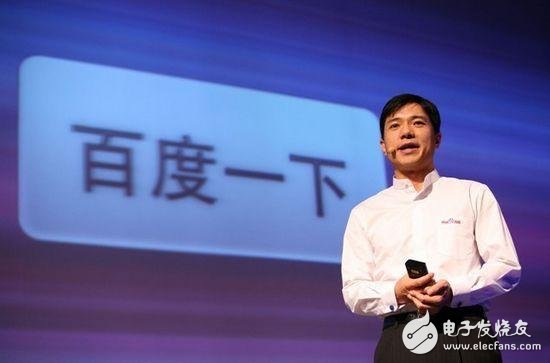 In 2013, Baidu established the InsTItute of Deep Learning (IDL), dedicated to the development of artificial intelligence. According to IDL's official website, except for Stanford University and other university research institutions, only Baidu, IBM, Google, and Microsoft have established specialized research institutions. IDL ranks in the first camp of deep learning research.

After experiencing a lab change and technical talents, on August 26, at the China Artificial Intelligence Conference, Lin Yuanqing, senior director of Baidu Deep Learning Lab, who rarely appeared in front of the public, introduced Baidu to artificial intelligence. 6 main directions.

In the basic technology of image recognition, according to Lin Yuanqing, Baidu's OCR (Optical Character Recognition) technology has been ranked in the forefront of the world, and the recognition rate of the mobile phone's Kamikaze is over 99%.

In the fine-grained image recognition, Lin Yuanqing revealed that Baidu will launch new features in the application of glutinous rice in September this year. After learning the pictures of the dishes taken by the user, the machine can recommend the best restaurant within 5 km of the user's attachment.

AR technology is the highlight of Baidu this year. "Baidu's AR this year is definitely enhanced. The original technology is the same as doing unmanned vehicles. Now we have to do AR, we can respond very quickly, and we can say that we can make money for this project." Lin Yuanqing Say.

"The drone is really a very good project, but the problem we were confused at the time was how Baidu competed with Dajiang because we didn't produce it ourselves. At that time we thought about the scenes that can be used by drones. Even think Can the drone automatically map the map to the map, especially where people and cars can't, but in the end, everyone still thinks that the market value is not that big. Now although our project has been cut, our Technology can be used in other places, but the direction is different." Lin Yuanqing said.

Despite cutting down some projects with little market value, Baidu, which is profitable, still has the unparalleled advantage of other companies â€“ data.

For artificial intelligence, the deep learning of the machine needs to be built on a large amount of effective data training. This may be an obstacle that cannot be overcome for some start-up artificial intelligence companies. One of the most important reasons why DeepMind promised Google's acquisition was that Google had massive amounts of data that DeepMind couldn't reach.

"For other small artificial intelligence companies, the data is definitely a hurdle, you can't cross it. This piece may have to cooperate." Lin Yuanqing said.

In addition to cooperation, Lin Yuanqing also revealed that at the Baidu World Congress on September 1 this year, Baidu will follow the practices of companies such as Google and Facebook to release a number of artificial intelligence technologies to the public.

"Artificial intelligence industry, I think it is necessary for everyone to move forward together. Open is very important. For example, our OCR (Optical Character Recognition) technology, not to mention the best in the world, but certainly the best in the country. After opening You can stop doing it and you can continue building on this basis. Lin Yuanqing told the news.

Finally, in addition to data advantages and technology open source, Lin Yuanqing believes that mergers and acquisitions is also one of the ways to enhance their own strength. "Artificial intelligence, if everything is done by itself, it is really difficult to start from scratch. But by investing in mergers and acquisitions, you can strengthen your ability very quickly. We will look at the company that has complementary and promising prospects." Lin Yuanqing Tell the news.