Skip to content
The establishment of Shenzhen Stormwind Command Technology Co., Ltd. (hereinafter referred to as Storm TV) has become the focus of investors.

On August 8, Stormwind Group announced that its Storm TV was awarded RMB 200 million in financing from A, and the company was valued at RMB 2 billion after financing. According to the announcement, Ningbo Hangchen Investment Management Cooperative Enterprise will increase its capital to Storm TV. After completion, the shareholding ratio will be 10%.

As an important entry point for the storm entertainment group's home entertainment and living room economy, Storm TV tried to break through the first strategic-level business of the â€œGlobal DT Grand Entertainment Strategyâ€, while the Storm TV model is strikingly similar to LeTV and Micro Whale in domestic color TV. In the context of declining sales volume year by year, can the Storm Group re-attack only by traditional price wars? 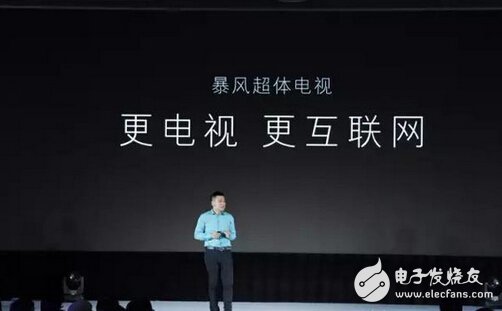 In the storm TV replenishment and expansion of the holding company of the Storm Group, Ningbo Hangchen Investment Management Co., Ltd. (hereinafter referred to as Hangchen Investment) will increase RMB 200 million to Storm TV, with a shareholding ratio of 10%. Among them, RMB 358,800 was included in the registered capital of Storm TV, and RMB 19,491,200 was included in Storm TV Capital.

According to the data, in July 2015, Storm Group joined forces with Rishun, Aofei Animation (002292) and Sannuo Digital to establish Storm TV, and it was also the first strategic-level business of Storm â€œGlobal DT Entertainment Strategyâ€.

According to the reporter's understanding, the successful financing is the first round of financing obtained after Storm TV announced its establishment in July 2015, which has set a new one-year valuation of Internet TV financing and valuation growth rate. Record.

Liu Yaoping, CEO of Storm TV, said: â€œIn just one year since the establishment of Storm TV, based on the innovative ecological model, we have quickly released a number of innovative products, online and offline channel construction, diverse content organization, business and team. Both have achieved rapid development. This successful financing will further enhance the strength of Storm TV and increase investment to create newer and better home Internet service experiences and products for consumers."

Another industry insider analyzed the reporter's analysis, the reason why Storm TV can successfully get the trust of investors is because Storm TV has become the group's new growth engine.

According to the announcement of Storm Group, it is expected that the net profit in the first half of this year will increase by 170%-200%, and the profit will be 17.9244 million yuan to 1991.61 million yuan. As mentioned in the announcement, the storm super-internet TV business optimized product structure and increased marketing efforts, and the business revenue of the business achieved substantial growth.

Storm TV also told reporters that as of July 2016, Storm TV's total product sales reached nearly 500,000 units, and this year's sales target is 1 million units. According to the data of Aowei Cloud.com, the retail volume of China's color TV market will reach 49.93 million units this year. If Storm TV achieves its target, it will occupy about 2% of the domestic market share.

In the context of the decline in domestic color TV sales and the average price of color TVs are still falling, it is still the biggest question whether Storm TV can gain an advantage in the next round of competition.

According to statistics from Aowei.com, the total sales volume of domestic color TVs in the first half of this year was 23.51 million units, a year-on-year increase of 6.9%, but sales fell 4% year-on-year to only 71 billion yuan. Among them, the share of Internet brands rose to 16%.

According to the reporter's understanding, the current capital investment in Internet TV and industry mergers and acquisitions are increasing. At present, the biggest competitors of Storm TV are continuing to lay out.

According to the data, the two biggest competitors of Storm TV, Micro Whale TV and LeTV, are making efforts. Among them, LeTV acquired Vizio, the second-ranked TV manufacturer in the United States. The new round of Internet TV is backed by different â€œmothersâ€, and the war without smoke is starting.

The mode adopted by Storm TV is not new. It is like a LeTV and a micro whale. It is a typical Internet TV model, which increases revenue through services.

From the content point of view, each platform has its own advantages and disadvantages. Storm TV has the exclusive resources of Storm Video, plus the exclusive IP resources of Aofei Entertainment, including Betta, Jiajia Cartoon, Aofei Pictures, etc.; and LeTV does not show weakness, with early accumulation of film and television copyright; Backed by the Chinese culture, the flagship film industry of the Chinese culture, the Oriental DreamWorks, etc. all support the micro-whale content, and the micro-whale has begun to shoot the VR version of the "Chinese New Song".

"While this storm TV has received investors' financing of 200 million yuan, there is still a big gap compared with the big ones from Micro-Whale's shareholding in Konka, LeTV's shareholding in TCL and the recent acquisition of Vizio into the US market." Some people in the industry who do not want to be named analyzed the reporter's opinion that even if Storm TV continues to play a subsidy war, its prospects are not optimistic.

Even so, in the view of Liu Yaoping, CEO of Storm TV, the subsidy may last for two to three years, but after five years, the net income must be more than 10 billion yuan, and it will definitely be profitable after five years.

"Even if Storm TV has achieved certain results in the Internet TV industry through previous developments, in the face of the current development difficulties of Storm Group, it is still doubtful whether Storm TV can support the future development of the Group." The reporter analyzed.

"From the current development model of the Storm Group's development business model and the ecological circle, it is not possible to visually see the specific profitability of its future development. In particular, the capital game behind the stock is too fierce, and the risk of careful analysis is greater." Some media analysts bluntly told reporters.