PConline talks about this year's consumer electronics industry related exhibitions, from CES to AWE, then to CES ASIA, smart home can be described as hot. Then take the opportunity to take a look at the VR and AR public opinion, from manufacturers to the media, have advocated this year is the first year of smart home. If you look at technology information every day, it is likely to create a kind of "not long after the home will become as smart as Stark Building (Iron Mania)" illusion. 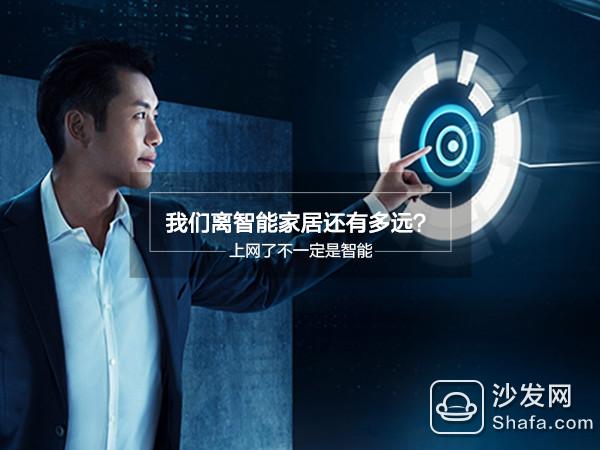 However, waiting for you to come back and look around, whether it is rich or poor, it seems that few are using smart home products. It was like a difficult period of time that could not be recalled. He believed that high yields were blown to himself, and he returned home and found that there was no food he could eat. It is high yield. Where did the food from the output go? Is the smart home the first year, why not use smart home? This is really an interesting question.

There are several reasons why you do not deserve to be called: You can't use it, you can't use it, it's not easy to use. We cannot afford to use or use it. In fact, it is caused by bad use. Looking back at the popularity of smartphones, although it has existed for many years, it has really started to spread quickly, after the launch of a particularly easy-to-use product that we all know. Once the products are ready for use, the market is enthusiastic and the cost of the supply chain is reduced. Those who do not use will also actively learn to use, and the problems will be solved.

The smart home industry is not too late to start in China. It was only because the industry was relatively chaotic. Some companies relied on marketing and light products. Flicker consumers bought a lot of useless things and damaged the reputation of the entire industry. Insurance industry of the year). Nowadays, with more and more big companies joining in, the market has become more standardized, but the most deadly problem of not being able to use it still exists.

Microsoftâ€™s Windows, Googleâ€™s Android, and Maâ€™s Alibabaâ€™s achievements have allowed all entrepreneurs to aspire to become platforms for their products, and then to accept the dividends of the industryâ€™s development. Today, mobile phones, tablets, and other platforms have been carved up. The PC system is not even acceptable to Microsoft's own upgrade users. Others do not even want to squeeze in. Against this backdrop, the living room has naturally become a battleground for the military.

Sony introduced the first generation of PlayStation that year, and Microsoft has put forward ambitions to occupy the living room when it launched the Xbox. Of course, none of them have actually been able to do so far, but to some extent, in some homes of powdered powder. Sony has occupied everything.

Do not know if you remember, the earliest proposed ecology is not music, but the monkeys under the command of the whole grain brand, but also Xiaohui Cheng Xiao Xiao He also lost, when the thunder of the cell phone is too full, no one pays attention to these details. Although the ecology of LeTV has always been elusive, it has begun to establish a content ecology in the era of piracy, and it is indeed a good vision. Even the founders of domestic Alpha robots say that there may be a robotic ecology in the future.

The application of wired connection is currently rare in the field of personal consumption. The protocol widely used in foreign countries was the X-10 protocol. The X-10 protocol is a communication protocol for the remote control of electronic devices using the power line as the connecting medium. However, X-10's functional modules were installed on switches and sockets, and the anti-jamming ability was poor, not quite in line with China's national conditions at that time, so it was not introduced on a large scale.

Wireless technology has great advantages over wired technology. However, the biggest problem is that as mentioned before, major manufacturers all want to use the agreement that they advocate or adopt as a unified agreement for smart homes. This has led to the current field of smart homes. Formed the situation of â€œthree countries fighting against each other, fighting with each otherâ€ based on WiFi, Bluetooth and Zigbee. Bluetooth and WiFi applications are already widely used. Everyone should be familiar with them. Compared with them, Zigbee's main advantages are low power consumption, low cost, and strong networking capabilities, but its transmission speed is less than 1/4 of Bluetooth, and it is also a Mishap. 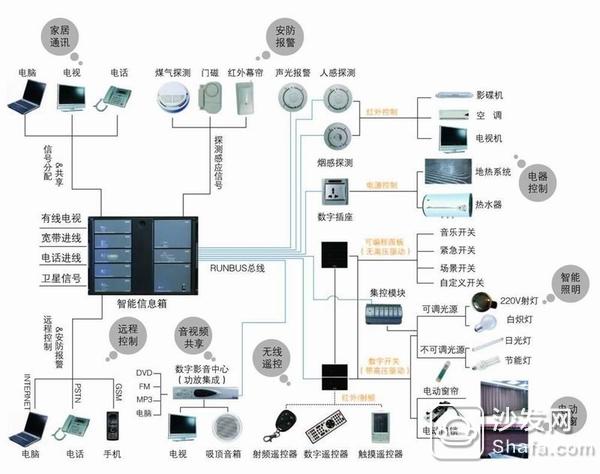 Although the agreement has been chaotic enough, but major companies will continue to put forward new agreements, such as Samsung, ARM, Nest launched Thread. As for the software agreement, with the development of smart home appliances in the past two years, the number is showing the trend of blowouts. In addition to Siemens Home Appliances, Haier and other veteran home appliance companies launching their own software agreements, Jingdong, Tencent, 360 and other Internet companies also want to share In a cup of tea, Huawei also launched the Hilink protocol with Boardlink at the beginning of the year.

The confusion brought about by the protocol is the fragmentation of the experience. For example, if you accidentally bought 5 smart appliances with different protocols, you may need 5 more APPs in your mobile phone. The exchange of data has become an "ordinary home appliance that can be networked and can be remotely controlled by a mobile phone," completely losing the original meaning of a smart home.

Smart home is not smart

Smart appliances are one of the most important aspects of smart homes. As a traditional industry, home appliances have reached a bottleneck and have encountered the economic downturn. Even if they are veteran manufacturers, their days are not so moist. As for those small businesses, they are facing the siege. crisis. In this context, the intelligentization of home appliances has become a life-saving straw for many companies, and some â€œpseudo-intelligentâ€ smart appliances have begun to appear in the market. 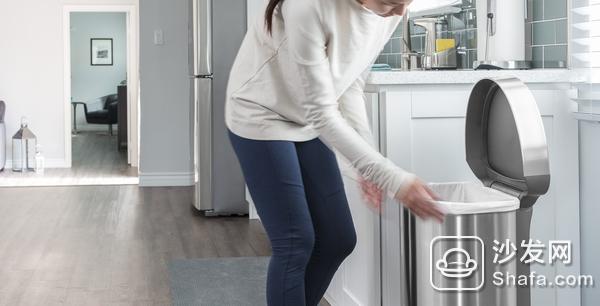 The first stage: The earliest appearance is electrical appliances, such as hair dryers, which are turned on when in use, meet certain needs under conscious operation, and use methods require extra learning, that is, the use of hair dryers can put hair What kind of blowing, depends on the operator's own technology.

The second stage: In the era of automation appliances, such as fully automatic washing machines, just press the switch, you can automatically complete the laundry, rinse, dehydration, drying and other tasks in accordance with the program, and the operator does not need to know How it does it. Automated appliances can meet a range of human needs in a conscious operation of humans.

The third and fourth phases: After the above two phases, the work of freeing hands has basically been completed. People began to consider how to use electrical appliances to liberate the brain. Smart appliances came into being. Smart appliances can accomplish tasks that require human brain thinking to complete. For example, some smart refrigerators nowadays can perform recipe recommendation and deteriorating food identification. And our ideal smart home appliances and smart homes should be in the forthcoming fourth phase. They can experience human needs. After memory and thinking, they will respond accordingly to meet such needs. For example, Jai Wei in Iron Man. Sri Lanka, the stupid strong in the storm of Macao. 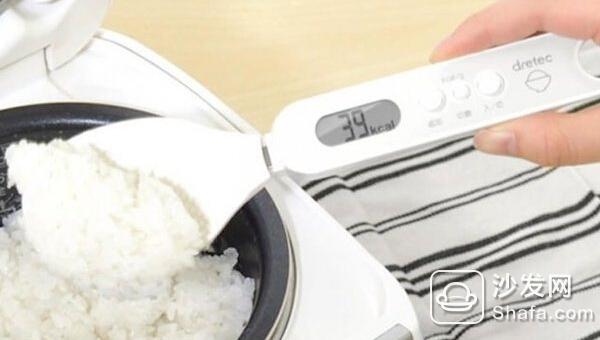 After figuring out what is the intelligence we want, let's take a look at the pseudo intelligence around us. A light, abandon the original switch, access to the Internet through WiFi, need to use the mobile phone APP for remote control, but it can not automatically turn off and adjust the brightness according to ambient light, this is not smart? A spoon, you need to manually select the type of food in the mobile phone, and every drink must look at the calculation of calories on the phone screen, this is not considered smart?

Many irresponsible vendors add a networking function to their existing products and add a mobile phone remote control. It is said that this is a smart home appliance, which is obviously insulting consumers' IQ. No consumer will make his life more troublesome in pursuit of so-called "pseudo intelligence." If it is not based on a good product, any publicity and marketing are futile. Voting with your feet and choosing a really good product is the instinct of consumers.

The security issue is very important. The reason why it is put in the end is because it is already a clichÃ©. This year's 3.15 party took a lot of time to expose network security issues, and many ordinary people gradually came to understand this seemingly "mysterious" field.

In terms of smart home security, there is no unified standard in China. There is a saying that: Internet of Things security is a problem of consciousness rather than a problem of technology. Take computer security as an example. In the past, people did not feel that their personal information was a valuable thing. Therefore, everyone was reluctant to pay for anti-virus software, and would not take the initiative to carry out computer maintenance. 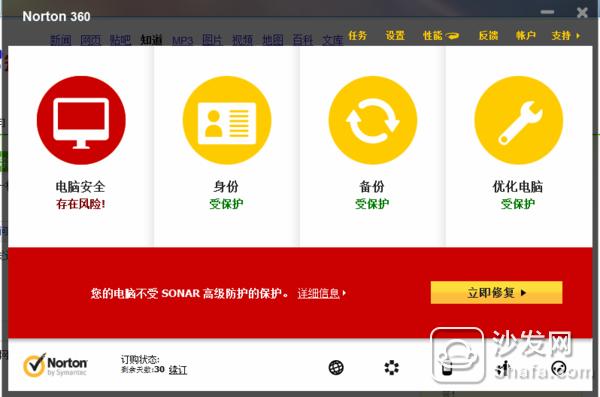 Lack of safety awareness has a greater impact on smart homes and smart home appliances. Both PCs and mobiles have a relatively complete software ecosystem. Users can choose their own services without replacing their products. The software and hardware of home appliances are highly integrated, and there is no third-party software security solution. Under the premise that consumers pay more attention to prices, manufacturers put human and material resources into this, apparently lowering the price/performance ratio of their products. This is against The law of the market.

In this environment, the security of smart homes is largely a joke. Of course, at this stage, the intelligence of home appliances is not enough to allow attackers to obtain much valuable information. However, with the development of the industry, smart home appliances and smart home products will surely collect more and more information. If security awareness cannot be kept in time, criminals will be given opportunities to protect personal and family life and property. create a threat. 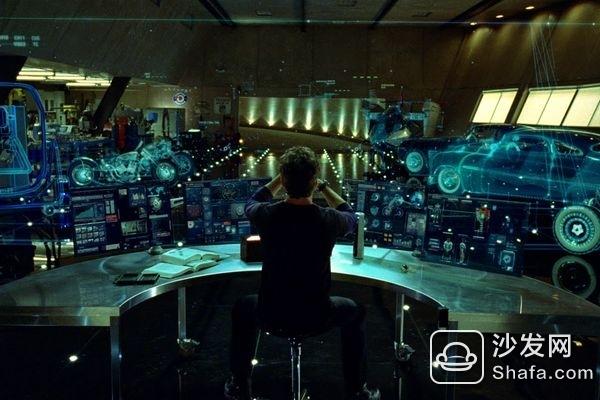 How far is Iron Man's smart life from us? Far from being far, saying near or near, the technology is progressing at a geometric rate, reaching the scene depicted in the movie, and it may not take several â€œten yearsâ€. Let these smart homes really go into the tens of thousands of households, it is able to solve the above problems, really easy to use "breaking ice" products, we look forward to such products as soon as possible!

I am the sea, we see you next time

Do you need some Isolator switch? Our company, GAONENGGELE ELECTRICAL SHARES CO.,LTD. is the best manufacturers\factoy\suppliers in china who provided Isolator switch can help you.